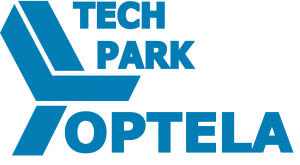 “TECH PARK OPTELA” PLC, Plovdiv, was founded in 1980 with 100% state capital. In 1981 – 1990, the company gained recognition as a leading manufacturer of powerful CO2 industrial laser sources with output power of 1300W and 2500W as well as two-axis industrial laser systems. More than 350 systems for laser cutting, welding and heat treatment of metals have been produced. The market covers regions such as: Russia, Eastern Europe and the Middle East. Separate laser systems have been sold in Italy, France, Israel, England and other developed countries, which is proof of the high level of quality and competitiveness during this period. In 1987, reveals a second main direction in the enterprise’s activity – production of facilities for domestic and industrial water treatment. For the period of its existence, the company has built a large material and technical base and has created a team of highly qualified specialists, both in the field of development and production.

In 1991 – 1996, as a result of the political and economic changes in Eastern Europe, the companies’ markets are rapidly shrinking, production declines several times, the process of innovation is slowing down.

In 1997, the company is privatized and is currently a public limited company with 100% private equity.

The object of the activity is: High-tech training, shared workspace, start-up programs, realization of projects for the development of the research and technological capacity, unique innovation environment, business incubator; production of electric bicycles and smart technology cars; machine-building, production of metal cutting machines, assemblies and parts, assembly, spare parts; laser and machine-building services; chain of garages; repair of engines, assemblies, aggregates; assembling of cars; tuning for reliability, economy and ecology; commission transactions, commercial representation and mediation of local and foreign persons in the country and abroad; as well as any other activities that are not prohibited by law.

The company is the founder of a project for a higher school – The Mahatma Gandhi International Higher School of Informatics and Electronic Leadership.

On the territory of “Tech Park Optela” PLC are located (as IT Hub Mahatma Gandhi):

The bigger part of the territory will become a Business Incubator and Education Centre.

Vaska Stoyanova – Education and Development Director, Member of the Board of Directors, tel. +359 882 933561, e-mail: stoyanova.edu@gmail.com