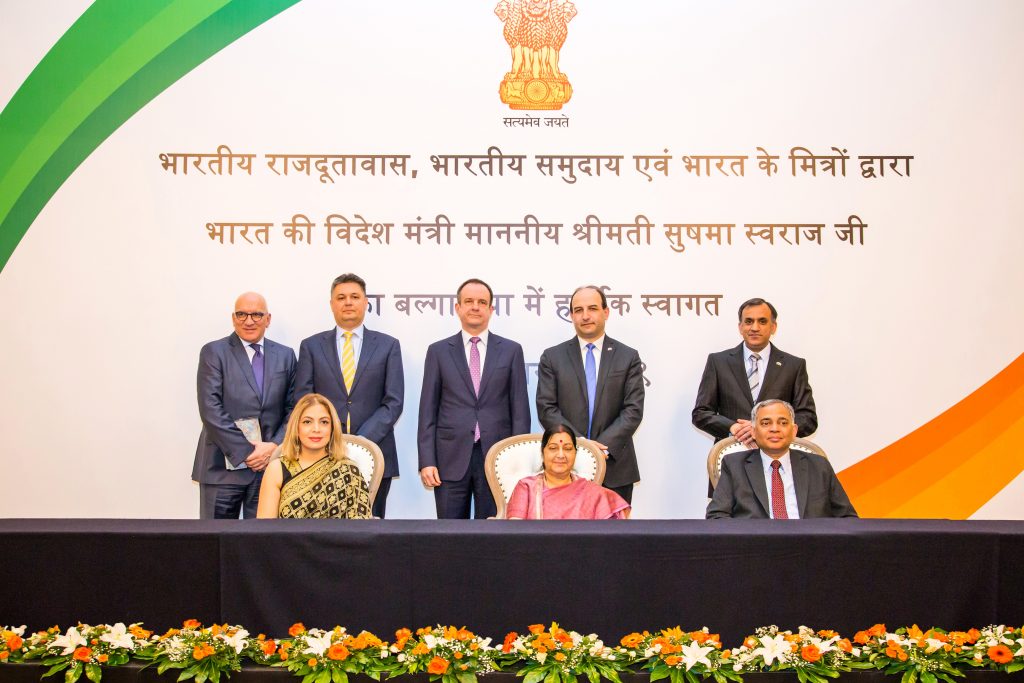 On the occasion of the visit of the Honourable External Affairs Minister of India the Embassy of India organized an Indian Community and Friends of India Reception. The reception was held on 17th February in Sofia Balkan Hotel and the Board of Directors of the IBBC was invited and took part in it.